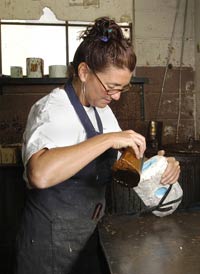 When MetCap Living set out to formally recognize its employees, a very special award was required to pay tribute to very special people. The company commissioned Artcast Inc. in Georgetown, Ontario to design and produce the award. Artcast is renowned for its work and its vast experience casting bronze sculptures using the 'lost wax process' (also called investment or precision casting). Over several months, the talented Artcast team designed the figurine, created the mould then cast, finished and polished the one-of-a-kind MetCap Living awards. These unique treasures are intended to recognize, each year, the Best MetCap Living Building, the company's Best Employee, Downright Neighbourly Awards(former) for extraordinary customer service, and Above & Beyond for extraordinary contributions to MetCap. The story behind the birth of the awards is fascinating and the results are even more compelling.

The awards were initiated to pay tribute to those exceptional individuals and communities who through their efforts and skills, made outstanding and extraordinary contributions towards the betterment of MetCap Living Management team.

All permanent, full-time employees currently employed at MetCap, who have served for at least 12 months are eligible for the honor.

All buildings currently under MetCap management for the last 12 months are eligible.

The nominator and nominee shall not be the same individual.

No employee is eligible for the same award for two consecutive years, but could be nominated in a different category such as the Above and Beyond if they qualify.

Directors, VP's and President are not eligible for awards.

To nominate a colleague, manager or co-worker for the above awards, MetCap Living Management Inc. invites all the employee to submit nomination forms to select MetCap's best.

Directors, Managers and Supervisors of each department are expected to nominate outstanding employees for their contributions over the past 12 months. 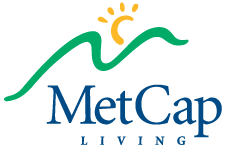 As you may be aware, on March 11, 2020, the World Health Organization (WHO) classified the COVID-19 virus (Novel Coronavirus) as a pandemic.

At MetCap Living, the health and safety of our Residents, Staff and properties is our priority. Under the direction of the Public Health Agency of Canada (PHAC), and other Government health agencies, we all must work together to reduce the risk of transmission of the COVID-19 virus in Canada.

Example of essential request include:

COVID-19 is an illness caused by a coronavirus, which are common and typically associated with mild illnesses, similar to the common cold. However, COVID-19 can seriously impact the elderly or those with compromised immune systems.

Those who are infected with COVID-19 may have little to no symptoms. You may not know you have symptoms of COVID-19 because they are similar to a cold or flu. Symptoms may take up to 14 days to appear after exposure to COVID-19. For more information, visit canada.ca/coronavirus

What to do if you have symptoms

If you become ill with COVID-19 symptoms, you should self-isolate. Stay home and avoid close contact with others, including those in your home. Contact Telehealth Ontario at 1-866-797-0000 and your primary care provider’s office.

What you can do to prevent infection

If you have cold or flu-like symptoms, whether or not you have tested positive for COVID-19, please be considerate of other residents and REFRAIN from visiting public facilities in our community, i.e. Management offices. Tenants who are self-isolating or require emergency repairs please contact our Resident Helpline at 1.877.638.2271 or email customerservice@metcap.com

We have created a COVID-19 Steering Committee (CSC) focused specifically on closely monitoring and responding to the COVID-19 situation and related developments. The creation of the CS committee was triggered as part of MetCap Livings response plan, and consists of the executive team, as well as subject matter experts across the organization including Finance, Operations, IT, Human Resources and Marketing.

Note: To view these PDF files, you will need Adobe Acrobat Reader